The Board of Directors of Chattanooga Football Club Academy announced the appointment of Steve Hirayama to the position of Director of Coaching for the region’s leading youth select soccer club.

Hirayama, who most recently served as Girls Program Director for ECNL club Armada FC Academy (FL), brings more than 30 years of coaching experience from college soccer and youth club soccer at all age levels for both boys and girls. Hirayama holds a USSF National “B” License as well as the NSCAA Advanced National Diploma.

Hirayama has served in executive or coaching positions at some of the most successful Elite Clubs National League (ECNL) and Development Academy (DA) clubs in the country, including five years with Austin Texans SC and six years with Challenge Soccer (TX). He also spent several years as the assistant coach for the NCAA Div. II University of West Florida Men’s and Women’s soccer programs.

Bill Elliott, Chattanooga FC head coach and general manager said, “I’ve known Steve for a long time. If I could pick one coach to develop my kids as players, Steve would be my choice. We are truly blessed to have one of Tennessee’s most successful coaches back in his home state.”

After he graduated from The University of Tennessee, Hirayama coached UT’s Men’s Club as well as club soccer in Knoxville. He coached six years and served as Director of College Recruiting for Germantown Soccer Club in Memphis and served on staff for Tennessee’s Olympic Development Program (ODP).

“Steve brings a massive amount of credibility through his coaching and leadership experience and we are honored that he will bring his holistic style of leadership to Chattanooga FC Academy,” said Sheldon Grizzle, Board Member and CFC President.

“We understand transition can be an uncertain time for coaches, families, and players. That’s why we are confident that Steve is the right person to lead our club into a new era.”

“I am honored to join such a great club that has this type of homegrown feel,” said Hirayama. “We have great backing, great investors, and tremendous community support already.”

“I value all coaches because we’re only as good as our least experienced coach. I want our entire coaching staff working together. We want to show leadership. We want to teach discipline. And, we want to develop players to be good citizens. That’s an important thing.” 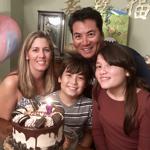 Steve and his wife, Suzanne, have been married 18 years. They're both graduates of the University of Tennessee in Knoxville. They have a 13-year-old daughter, Lexi, and a 9-year-old son, Keegan. Hirayama’s first official day is April 2. He plans to hold a series of age group meetings leading up to tryouts.