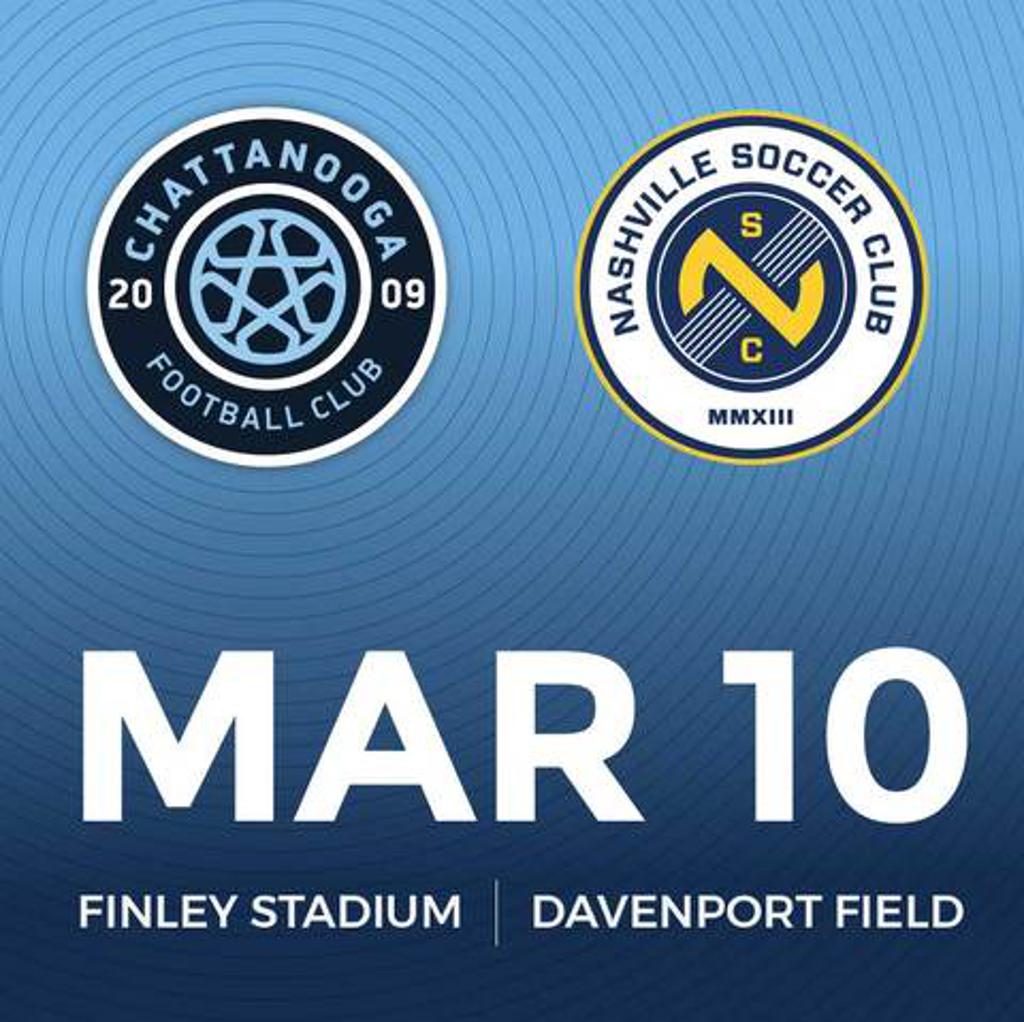 All CFC Academy members receive free admission while wearing their white/strip Center for Sports Medicine jersey. Friends and family receive 10% tickets by using the code TSSACFC at checkout.  The special code is only valid until March 8.

It's the Scenic City vs the Music City, and we want you there! Visit shop.chattanoogafc.com to get started.

CFC released its schedule on Monday, which includes 11 home games this year, with the vast majority of those being played on Saturday nights. Coach Bill Elliot is optimistic about the upcoming season and the team coming in."

“We’re very pleased with the players coming in this season. We feel like we have the tools to make a deep run and give us the best opportunity for success on the pitch” said Elliot. “The schedule is a strong one and we know it will take our best effort to ensure a successful season.

“We wanted to give our fans a memorable 10th season and feel like we’ve done so” said Sean McDaniel, CFC general manager and CFC Academy board president.

“By launching with FC Dallas from Major League Soccer, and playing multiple exhibitions against other top clubs such as Nashville SC and Detroit City, we feel like we’ve set the stage for a very special season.”

As a reminder, season passes start at only $79. Individual tickets will be $10 each.

MAY 12 Exhibition (to be announced soon)