Too many tournaments cost parents and hinder player development 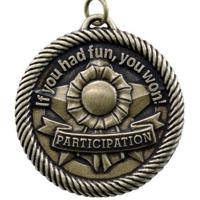 Every year the biggest decision a club team makes is "which tournaments do we attend?" Tournaments are hurting America's soccer playing youth. It costs the average family a weekend, car mileage, hotel expense, entertainment for between games, food and video game money.

Why is training important? It allows the player, coach and team to focus on the areas of the game that will influence performance:

Maybe in America we are uncomfortable with training. It is still a fact that some of our youth soccer coaches still do not have the background in the game as a player to feel confident in the design and execution of a training session. The obvious solution is play games. So, we play games and don't train.

Only in America do the players play in tournaments to collect patches for their bags or to add a medal to their collection. Play, play, play. What happened to training?

Tournaments allow players and teams with slow pace or no pace to succeed. Teams play three games in a 24-hour period and, if they are lucky, play two more and win a trophy. Assuming we accept the fact that minimum recovery takes 24 hours, it is physically impossible to play that many games in a short time. It's not possible to play soccer in these situations. These tournaments breed Underwater Soccer. Nice and slow, no change of pace, no defending. Soccer is not meant to be played this way. Soccer is a game that is played when the player is uncomfortable, when the player closes in on fatigue, when the player runs, works and defends for 90 minutes. The very early laws of the game of soccer stressed a physical component by not allowing a lot of substitutions. Fitness is a part of the game. Ah, so you think there is a fitness component when playing in a tournament? No, there isn't. There is an energy conservation component, not fitness. American youth players stop running when they are uncomfortable. Since they're playing so many games in a short weekend, they just don't run at all.

The prevailing mentality is simply "find the best players and let 'em play!" Not a bad strategy. A player who relies only on athletic ability without learning the game will hit a "soccer plateau" and not get any better. This happens far too often in the United States. There is too much emphasis on the athletic ability of a player at the expense of soccer ability.

Some parents and coaches argue that they "cannot get better" playing the same old teams, that tournaments allow better competition. Every other league in every other country plays the same teams each year. The concern for these teams is to make themselves better. There is very little concern about who they play.

Our "tournaments kids" miss out on a lot of necessary soccer information. A tournament now and then is fine. It can be fun for the club, the players and the parents. Maybe they can travel to some cities that are fun. A tournament can bring a team "together" and build some morale. But too many tournaments will prevent the natural progression of learning that will take place in well-organized and thoughtful training sessions. The old coaching expression that "the game is the best teacher" is not true. Games used as a laboratory and supplemented by systematic and progressive training sessions are the best teacher.

Editor's note: This article was condensed from an original commentary shared by Dr. Jay Martin, men's soccer coach at Ohio Wesleyan University. He is past president of National Soccer Coaches Association of America. He played professionally in Europe and is active in offering youth coaching courses.