CFC to host Chivas u23 from Liga MX

The most popular team in Mexico is coming to Finley Stadium. In partnership with Coca Cola, Chattanooga FC revealed that Liga MX giants Chivas will send their U23 squad to Finley Stadium to face Chattanooga FC in an early season international friendly on Saturday, May 27th at 7:30pm. Individual tickets are $10 in advance and $15 at the gate. CFC Academy members in their navy jersey and CFC season pass holders get in free.

“It’s really exciting to have a club as historically successful as Chivas come here to play us," said CFC general manager Sean McDaniel who also serves as CFC Academy board president.

"They are one of the founding members of Liga MX, and the players who will be playing against us will be big big stars someday. Our guys will be ready to play, and it will be a treat for them to go up against one of Mexico’s greatest teams.”

“We are looking forward to playing Chattanooga FC in May.” said Juan Covarrubias Corona, Director of International Relations, CD Guadalajara.

“This is a great opportunity to measure our strength against a great, strongly built institution, to show some chivalry and sportsmanship, to learn from one another, provide a great soccer match, and an amazing atmosphere for the fans that will have the honor to attend!”

This is the second Liga MX international friendly in as many years for Chattanooga FC. Last year, Tigres UANL visited Finley Stadium. That game ended 1-1.

To commemorate the launch of the 2017 season, Coca Cola announced special limited edition Chattanooga FC packaging, which will only be available to the first 400 fans attending the Chattanooga FC Jersey Reveal Party on April 27th. Only season pass holders who purchase before April 14 can attend the reveal party. 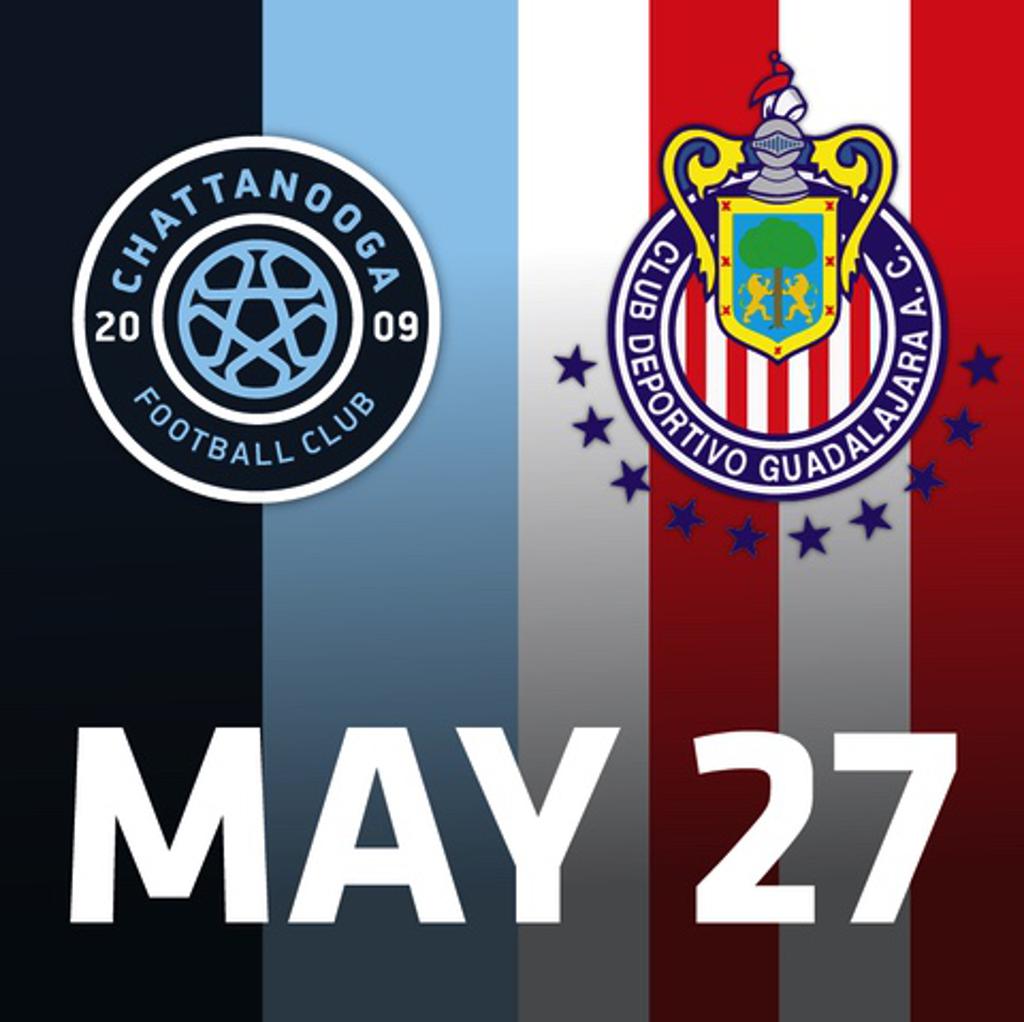