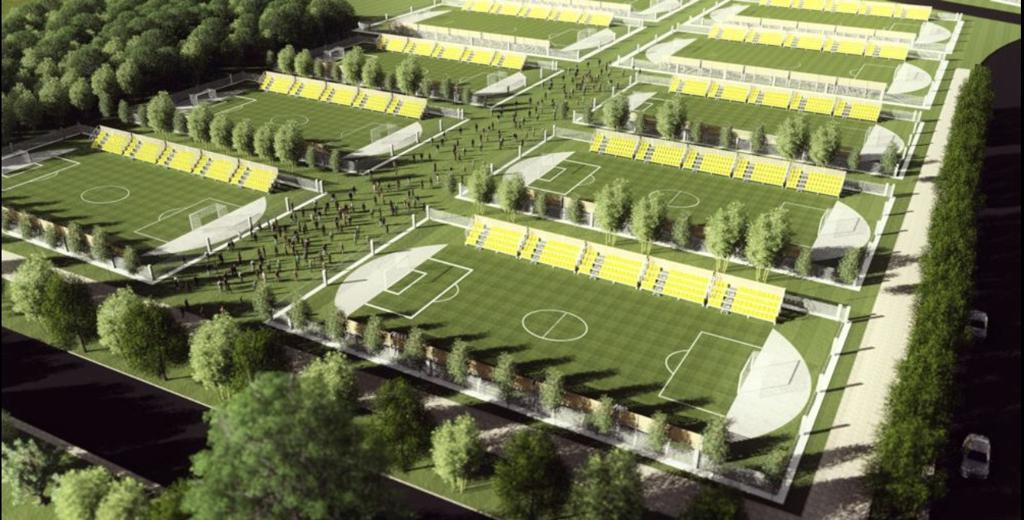 A game-changing and huge sports complex featuring a 15,000-seat stadium, 22 soccer fields and seven baseball diamonds will be built in DeKalb County, Georgia.

The $200 million sports center will be the second-largest multi-sport facility in the southeast, behind only the 220-acre Disney ESPN Wide World of Sports in Orlando.

Developers announced Atlanta Sports City on Wednesday, to be built just off I-20.

Two professional soccer teams could move in to the area over the next couple of years, said Trey Brantley, CEO of First Team SC. A men’s team could move there in 2018, and he hopes for a women’s team in 2019.

"This facility will provide a place for dozens of local tournament and give us the ability to bid on major regional and national tournaments,” Griffith said. “The proximity to metro Atlanta and the best airport in the country makes this a great location for a sports complex.”

The complex could draw 3 million visitors per year and create nearly 2,000 jobs. The Atlanta Sports Connection (ASC) will pay for and own the complex.

The facility will also house a 380,000-square-foot culture and entertainment district. For perspective, you could fit 11 Camp Jordan Arenas in that space.

“The amount of economic impact this project will have on the community is phenomenal,” said James Tsismanakis, executive director and CEO of the DeKalb Convention and Visitors Bureau. “This sports destination will transform the community."

The NBC affiliate in Atlanta and AJC.com originally reported this story.