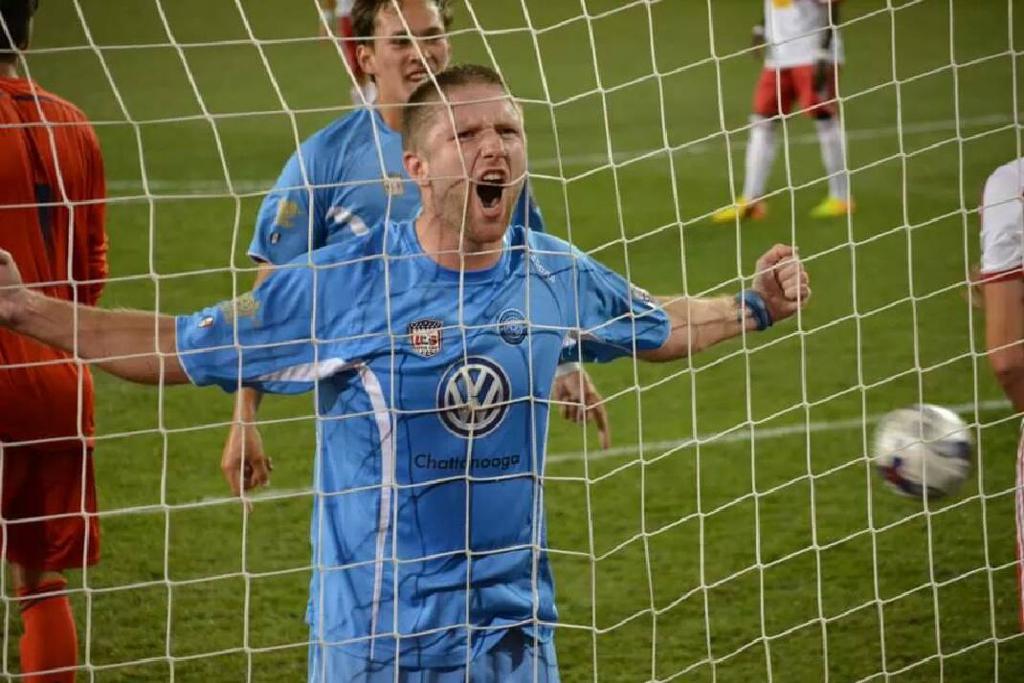 Athletic Director Donny Mayfield announces the addition of Luke Winter to the Tennessee Wesleyan Athletic Department as the Head Coach for Men's Soccer.

"I'm pleased to have Coach Winter back at TWU and look forward to him continuing to build on the success that he brought as a student athlete to the Bulldog soccer program" Mayfield said. "Luke has enjoyed remarkable success in his soccer career since graduating from Tennessee Wesleyan, and I feel confident he will be able to share these experiences with our student athletes and continue to move our men's soccer program forward."

I'm very excited to take on the role and cannot wait to get started and take TWU to the top of the conference" said Winter. "Coach Lyons did a fantastic job at the helm of TWU and gave me the opportunity to come over here. I look forward to continuing his accomplishment and giving players the opportunity to be successful on and off the field."

Luke graduated from Tennessee Wesleyan in 2012 where he received many individual accolades; AAC All-tournament Team, AAC Tournament MVP, AAC All-conference 1st Team, Tennessee Sports Writers Association Player of the Week, AAC Player of the Week, and NAIA All-East Region 1st Team. In his junior year, he finished the season ranked #1 in the nation for game winning goals, 3rd for goals per game, and 5th for total goals. As a 2011 team member, Luke was part of the first TWC team to receive its first ever NAIA Top 25 national ranking since polls are available dating back to 1999. He was a member of the 2010 AAC Regular Season Champion and 2012 AAC Tournament Champion teams. In 2012, Luke was a leading force in aiding the Bulldogs back to the NAIA National Tournament.  Luke believes his highest achievement at Tennessee Wesleyan was receiving the Athletic Directors award for helping improve the success of the Men's Soccer program.

After graduating with a double major in sports management and sports science, Winter attended Shorter University as a graduate assistant for the men's soccer team, where he earned his Master's Degree in Business Administration. Winter was essential in helping the team to a 10-6-2 record in 2013, a vast improvement from the 2012 record of 4-13-1. This winning season led Shorter to 3rd place in GSC and 11th nationally in the NCCAA.

Most recently, Winter has served as the assistant coach for Men's Soccer at Bryan College for the past three seasons with those teams winning the AAC regular season in 2015 and qualifying for the 2016 NAIA National Tournament.

Luke is currently a supplemental training parter for Chattanooga FC Academy.   Furthermore as a player, Luke has been part of the highly successful Chattanooga FC team for the past six summers. Competing in the NPSL, Luke has been part of the CFC teams that have won the South East Conference five times, South Region four times, and also made the national final three. He was individually named on the 2014 & 2016 All-NPSL XI, 2015 & 2016 All-NPSL Supporters XI, Lamar Hunt US open cup player of the second round, and is the CFC all-time leading scorer.