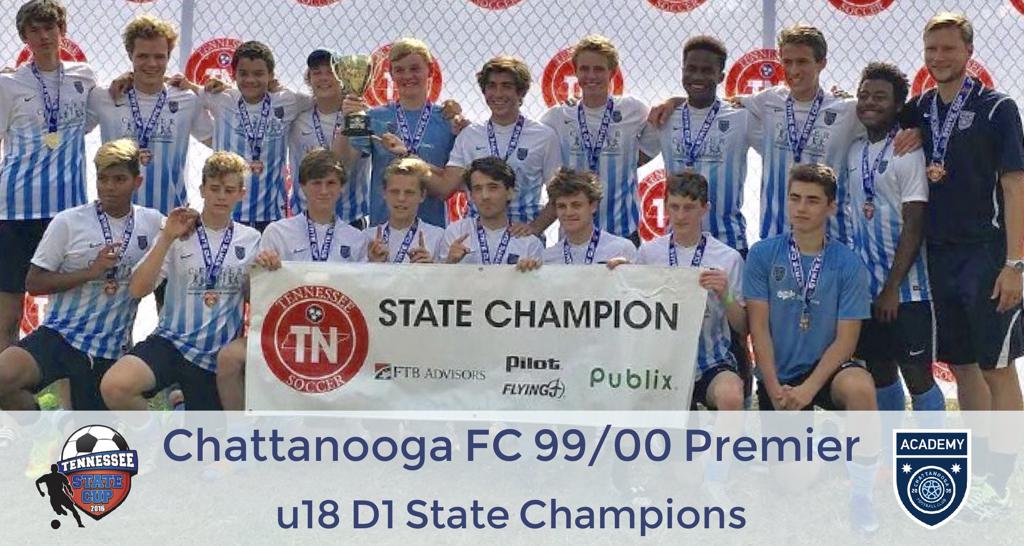 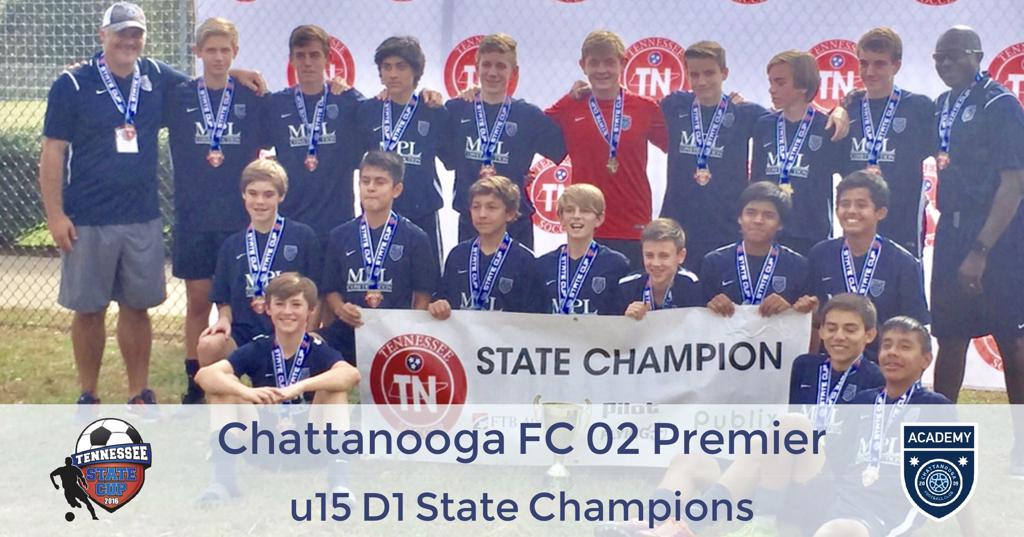 Chattanooga wins u15 and u18 State Titles

Chattanooga FC Academy is the only club in the state to have multiple Division 1 boys champions. The 99/00 Premier and 02 Premier teams won their finals on Sunday in Murfreesboro.

In Saturday's u18 semifinal, CFCA defeated Tennessee SC 99 Showcase in PKs after 1-1 in regulation. Showcase is TSC's top team.  In the final, the boys defeated Lobos Rush 99 Premier 1-0.

For the season, Chattanooga FC Academy went 12-4 in Division 1 play and won two state titles. No other club in the state has two in Division 1. FC Alliance has one (u17), Lobos has one (u16), Nashville FC has one (u19), and Tennessee SC has zero.

Two other Chattanooga FC Academy teams played in semifinal games this weekend. The 01 Premier boys fell to FC Alliance 01 Black by a 1-0 score following an early PK awarded to the team from Knoxville. They will face TSC 01 Showcase in Sunday's consolation match. FC Alliance 01 Black advances to the final against Lobos Rush 01 Premier. 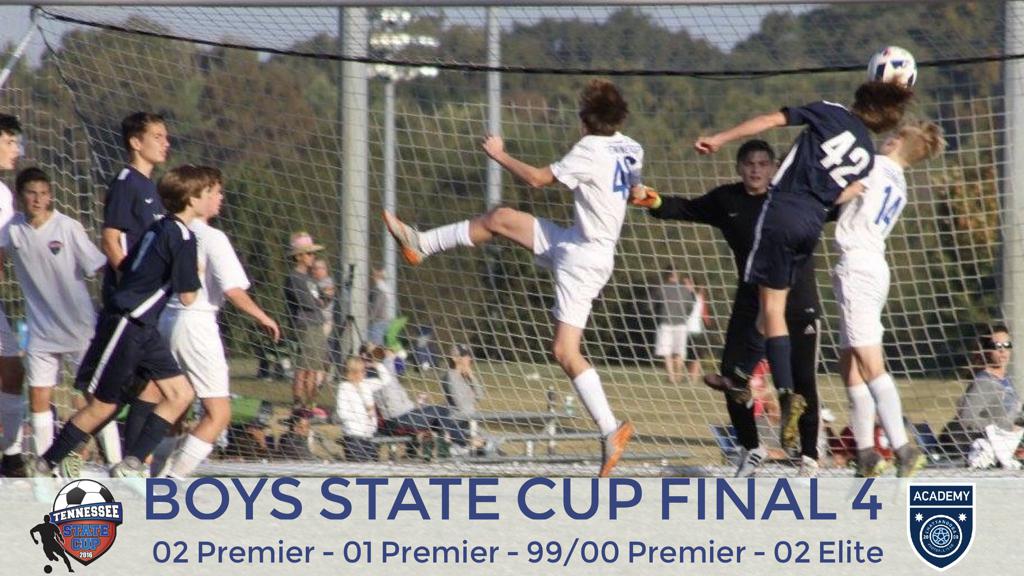