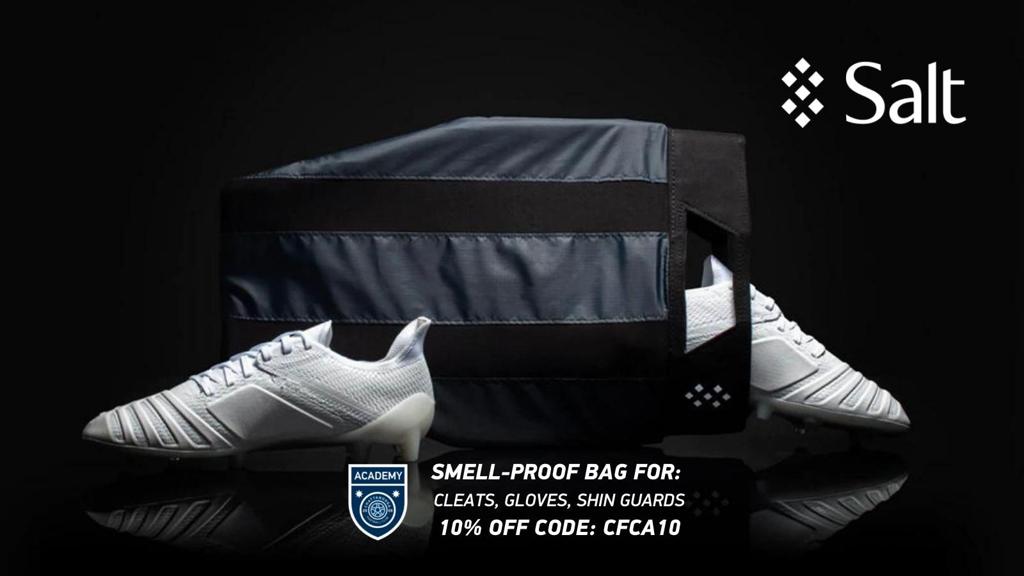 Members of the CFC staff have been testing this product for several months and were really impressed.

"The bag helps retain odors which is the main attribute that I like as professional soccer player because of the amount of travel and
trainings we do," said CFC player and CFC Academy coach Juan Hernandez.

"I love the Aércase! I'm able to travel without it smelling up my bag or just smelling in general," said Woodfin.

As part of the partnership, CFC Academy members will receive an exclusive discount on Salt Athletic cleat bags. The CFC community will receive 10% off their purchase using code CFCA10 from this link.

“We love getting to share the Aērcase anti-odor cleat bag with fellow soccer families so they can enjoy the beautiful game without the not-so-beautiful smells,” said Salt CEO Rafael De la Vega. “It's extra special to partner with CFC Academy in their mission to make high-level soccer accessible to everyone in the Chattanooga area.”

“I am delighted that CFC is one of our first youth club partners in the country,” said Banner Brock, Salt Director of Partnerships. “CFC has been a leader in the Chattanooga soccer community for a long time, so it's no surprise to see them offering this product to their players at a discount.”