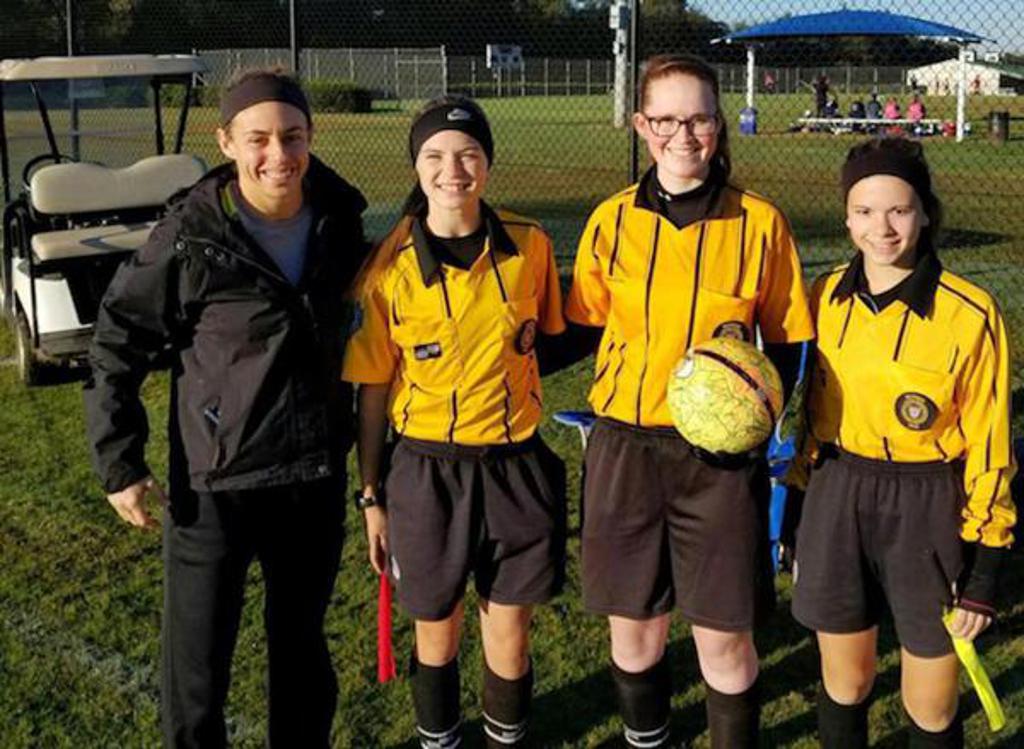 Do these phrases sound familiar? They probably do if you’re a referee, or if you’re a parent trying to enjoy your child’s soccer game on the sidelines.

Contempt and disrespect towards game officials continues to plague both sidelines, from disgruntled spectators who feel that everything is being called against their team; to screaming coaches who seem to have a better view from 60 yards away.

Needless to say, there is a very high probability that the majority of these “sideline officials” have never bothered to take a referee class, or made an attempt to read the Laws of the Game.

Being a sports referee is not an easy task; it is something that requires concentration, patience, excellent communication skills, fitness, and most of all judgement based on the rules of the sport. It is this judgement that usually comes under extreme criticism often regardless of the level of competition.

Youth soccer referees arguably have one of the toughest officiating jobs in comparison with basketball, football, baseball, or hockey officials. This is due to the number of players involved (assuming an 11v11 game), the large area to cover, the continuous action, and the split second decisions which are usually correct only 50% of the time based on sideline remarks.

Given these circumstances, one would think that both coaches and spectators would be more understanding when a call is either missed or judged incorrectly.

Youth soccer leagues all over the country lose referees, especially young referees, every year due to harassment and intimidation from spectators and coaches. Once the shouting and crude remarks aimed at officials begins from the sidelines, it is certainly to be followed by the players on the field.

Referees are not perfect and even though some may be assigned to officiate a game above their ability, no one deserves to be verbally or physically abused. Parents have a responsibility to teach their children the importance of being respectful to a person in authority, and in a soccer game, the referee is that person; regardless whether it is a 13-year old or a more senior person.It is time for youth soccer leagues all over the country to take a stand against referee abuse, especially when the target is a young official.

I propose that leagues require persistent offenders (parent or coach), those individuals who consistently yell at referees, to become certified and work several games before being allowed to return to the field as a spectator. Another suggestion is to implement a parent education program that requires parents to attend a preseason meeting where sideline behavior is addressed; including a no tolerance policy towards referee abuse.

One other idea is to have parents officiate in-house games at the youngest ages where results really do not matter; this may even encourage them to work more competitive games. The more parents can see the challenges associated with refereeing, the more understanding they will hopefully be when, as spectators, a call does not go their way.

Ideas as those mentioned above may not lead to a large inflow of officials but it might result in the recruitment of a few new officials for your league; not to mention the possible removal of a screaming parent from the sideline. If further encouragement is needed, consider the following reasons for becoming a referee:

Could your soccer league function without referees? Probably not!

It is critical for leagues to encourage its membership to learn all sides of the game. So next time you reach your boiling point at a game due to what you consider to be poor officiating, ask yourself the following questions,

“Would I be yelling if my child or other family member was the referee?”
“Can I do better?”

I would like to say that in most cases, the answer to the first question is most likely “NO”, but as we all know, there are always exceptions to the rule.

If the answer to the second question is “YES” and you are not currently a certified official, then make sure to register for the next referee class, purchase the necessary uniforms and accessories, and become part of the solution.

If the answer is “NO”, then do us all a favor and just keep your mouth closed.

Luis Forero is a USSF C-License coach with over 30 years of coaching experience at all levels of youth soccer. He is currently an AFC Lightning Academy Coach in Fayetteville, GA; a Georgia Soccer coaching instructor, an Olympic Development Program evaluator, and a USSF certified referee.