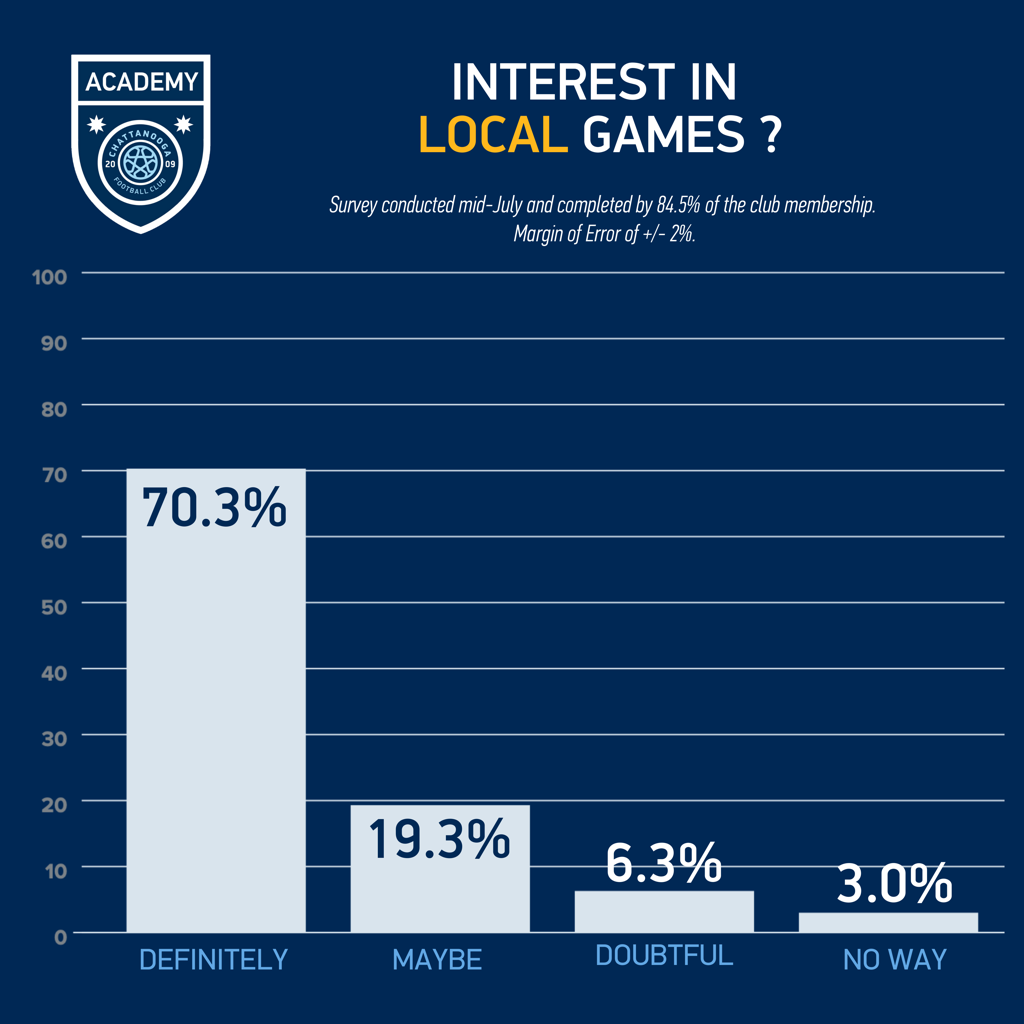 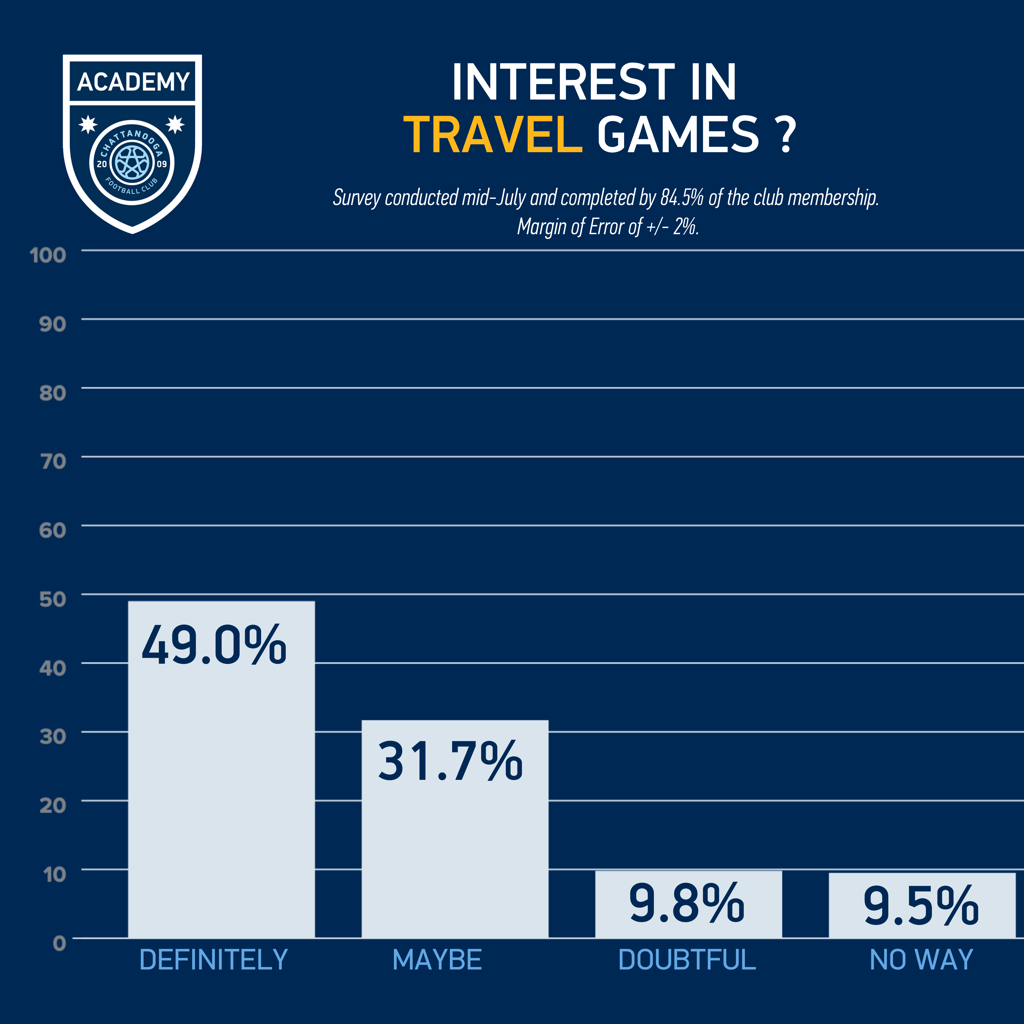 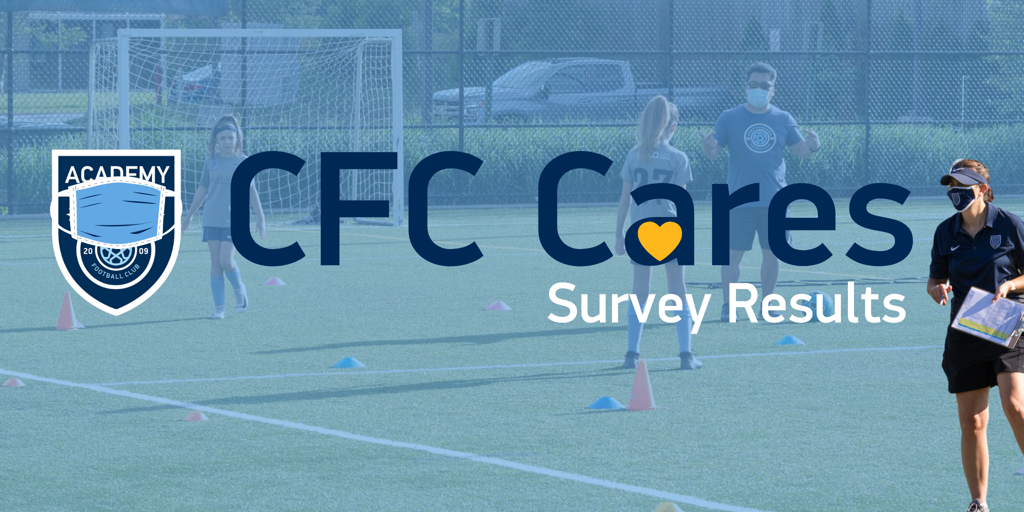 SURVEY RESULTS ARE IN

The majority of parents in CFC Academy favor a revised Return-to-Play protocol that includes contact games in August. However, more parents prefer local games than games that require travel outside of Chattanooga.

When it comes to concern for playing games in August, nearly 10% said “Doubtful” or “No Way” to local games while nearly twice the number said the same about travel games.

When divided by age group, there is no significant difference among parents in older ages versus younger ages.

The survey also collected comments from parents who wished to volunteer to leave their thoughts. Those comments often reflected strong feelings on both sides of the question. The comments also provides the staff with valuable information to help us shape and communicate any change in protocol.

In some cases, the results for a particular team were different than the overall average of the club. Each coach has access to the results for their team(s) so they have a clear picture of where the group stands.

About the Survey: The survey was conducted in mid-July and received validated responses from 84.5% of players in the club. The margin of error is just +/- 2%.

Disclaimer: The purpose of the opinion poll is to help the club leadership determine interest in contact play, should it become possible to resume. No decision to play or not to play will be based solely on an opinion poll. The leading factors remain the advice of medical experts as well as any state or local guidelines in place.

CFC Academy hopes to begin small-sided intraclub games at Highland Park Commons in August. These competitions will take place on weekends and are being planned at no additional cost. Participation in these games is optional. Regular training without contact will still take place on a normal schedule in August for all players.

These will not be normal games or "soccer as usual." They will include additional protocols than required at training.

Highland Park Commons is not fully open to the public. They are doing a phased-in opening with reduced numbers.

Games are in-house only. No outside teams are allowed to come into play.

Temperature checks will be required for all coaches and players who enter field.

Players: Masks are required while entering and existing the facility. They are not required during play or on the bench. Players will be separated by 10 feet on the bench.

Training pinnies will be assigned for one player and cannot be worn by another player that day. Pinnies will be sanitized after each session.