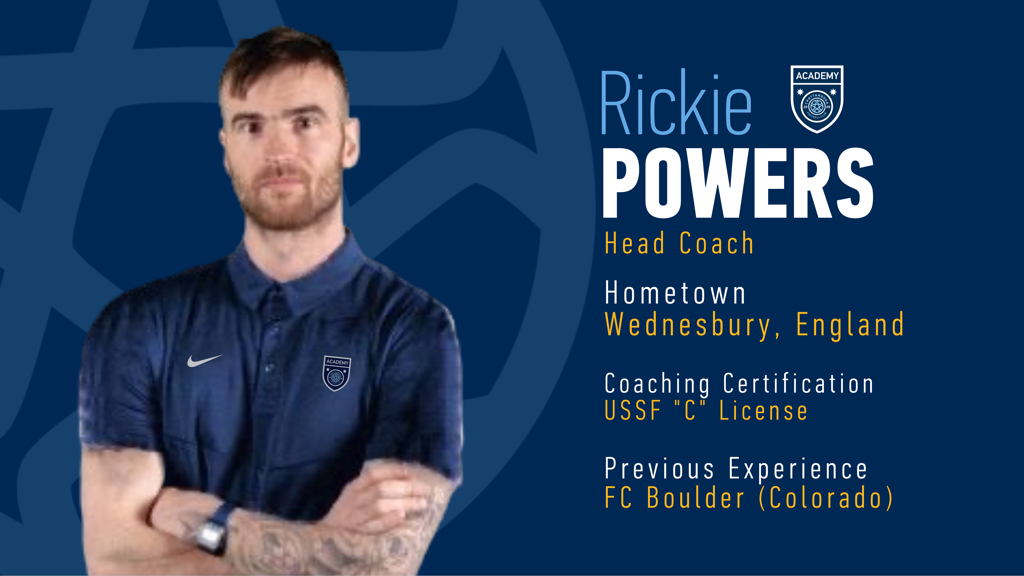 CFC Academy is continuing to grow and bring fresh ideas into club soccer for Chattanooga. As part of that growth, we are pleased to announce the addition of Rickie Powers as one of our new head coaches for the 2020-21 season.

Powers was most recently the assistant juniors director with FC Boulder, a large established club in Colorado. He currently holds a USSF C License with plans to begin pursuing his "B".  [More info on USSF licensing pathway]

I am looking forward to getting involved with Chattanooga FC because of the sense of community the club has created for years, Powers said.

"To me, community is one of the biggest aspects of soccer. So I am so really looking forward to that aspect of our club. The Academy's connection with the men's pro team adds a different dimension to traditional youth clubs, and that adds to the sense of community."

Director of Coaching Steve Hirayama is finalizing the coaching staff for the 2020-21 season and will be announcing specific team assignments soon. He says he is excited to add someone like Powers to an already strong coaching staff.

"Rickie's experience at large, established clubs is a great addition to soccer in Chattanooga and demonstrates our commitment to the players. He fits our culture and he's passionate about teaching the game in a modern way that's focused on long-term development."

Powers grew up in Wednesbury, England and spent much of his free time playing soccer and following the Premier League. He began coaching in England in 2012 and moved to the US in 2013 to continue his coaching career with Challenger Sports.

Before moving to Colorado in 2017, Rickie coached for TFA and Cincinnati West in Cincinnati, Ohio. He served as the U9-U14 Boys Technical Director in Colorado and Assistant Juniors Director with FC Boulder.

When he is not on the soccer field, Powers loves rock climbing, hiking, and running. He and his wife, Emily, recently moved to Chattanooga with their dogs, Binny, Pi and Rogue.

The Registration "" is not currently available.