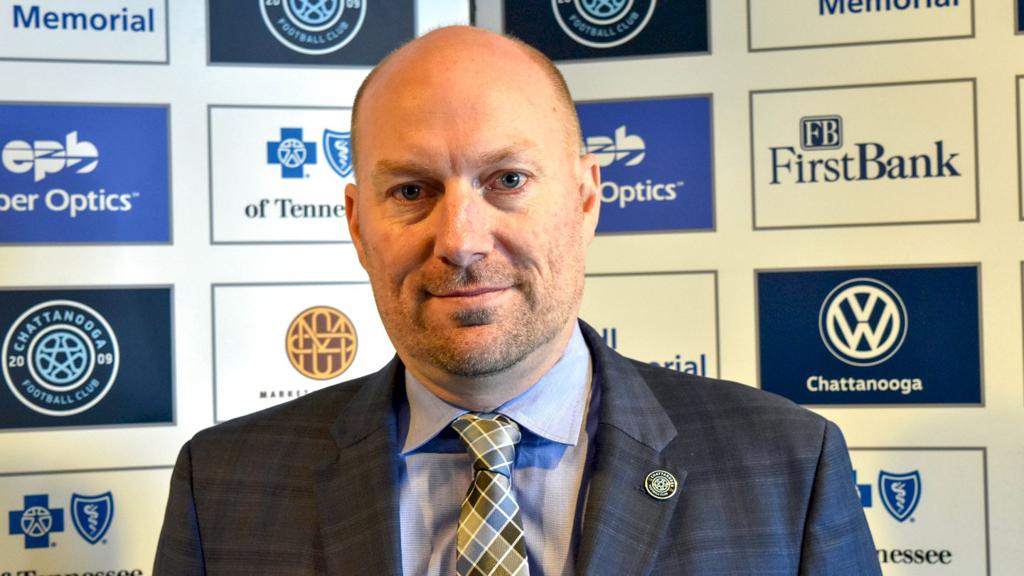 One of nation's most successful soccer executives is moving to Chattanooga to head up CFC as general manager.

Jeremy Alumbaugh replaces CFC Founder & Co-Owner Sheldon Grizzle who announced previously that he would be stepping down for that role. Grizzle will remain on the CFC board and the CFC Academy board.

Alumbaugh has served as the Vice-President and General Manager of Saint Louis FC in the USL Championship league since 2014. He oversees player personnel, roster assessment, scouting and youth initiatives for the club.

"It's very rare in sports where you get an opportunity to come in and be a part of something that is in a really good spot," Alumbaugh said to the Times Free Press.

"A lot of times as a coach or leader you come in when things aren't going well. The team has been losing or the team is not doing well at the gate. Chattanooga FC is obviously the opposite. They have done amazing things here, and this is an opportunity I could not pass up."

Alumbaugh went on to say to the TFP, "As a club it's important how you treat people, how you act in the community, what you bring to the community and what you stand for. CFC constantly looks to give back to its community, and the more I dug into the club's core values, they really linked up with mine. That's not always easy to find. This is a great opportunity to become a part of a club that agrees with what I believe in. Soccer and community really matter here."

Alumbaugh possesses over 18 years of coaching and management experience in the club, collegiate, and professional ranks. He has previously served as Director of Coaching at St. Louis Scott Gallagher Illinois from 2009 to 2014, managing all full-time and part-time staff coaches while overseeing soccer operations for more than 60 SLSG teams.  Prior to his arrival in St. Louis, he served as the Director of Soccer Operations for the Springfield Sports Club.   Previously, Alumbaugh served as an assistant coach at SIU-Edwardsville and Missouri State University as well as the Chicago Fire Reserves of the PDL.  In 2009 he was an assistant coach at the MLS Player Combine.  As a player, Alumbaugh helped lead UW-Oshkosh to three appearances in the NCAA Division III Tournament, including one appearance in the national semifinals.

Currently, Alumbaugh serves as the Alternative Governor representative for the club with the USL Board of Governors as well as a member of the league's Player Development Committee and the Competition Strategy Committee.  Jeremy, his wife Tammy and their daughter Sidney reside in the St. Louis area.

Jeremy Alumbaugh comes from a club with a unique history of combining multiple local clubs into one club for the betterment of soccer in the community.

In early 2007, St. Louis Soccer Club, Scott Gallagher Soccer Club, and Metro United Soccer Club, explored the possibility of bringing the three groups together to better serve the soccer community of the Greater St. Louis Metropolitan Area. By combining the talent and efforts of three of the area’s leading clubs, St. Louis would boast a unique, vertically integrated soccer organization of the highest quality – from entry level all the way through the professional ranks. A vision was developed that would allow St. Louis to remain competitive nationally as the game of soccer was growing and developing at a record pace.

Since the merging of the area’s three leading youth soccer clubs in 2008, St. Louis Scott Gallagher has emerged as a national leader in youth soccer.